WINNIPEG – 2016 was a banner year for WinnipegREALTORS®. Both MLS® sales and MLS® dollar volume established new all-time highs in the Association’s 113-year history.

Annual records for dollar volume have been achieved for 16 consecutive years. This shows the average MLS® selling price has always managed to climb high enough each year to offset any years where sales were unable to match or eclipse the previous year’s total.

In respect to residential-detached sales activity throughout the various MLS® zones of Winnipeg and the outlying rural area, the rural zone gained nearly a percentage point of market share over 2015 to represent nearly 26% of total sales. Second most active was the southwest area of Winnipeg at 19%.

Not surprisingly, to set a new annual MLS® sales record 2016 residential-detached and condominium sales were impressive with the former reaching a new high of 9,947 and condos ending up at 1,745, second only to 2014’s 1,798 record total. Percentage increases over 2015 were 4 and 8% respectively.

“Strong fundamentals such as low unemployment and better than expected population growth in our market region manifested itself in brisk MLS® sales activity throughout the year,” said outgoing president Stewart Elston. “Helping us along to a record year was the more than adequate supply of affordable MLS® property type listings to choose from. Our biggest property type percentage increases in 2016 actually occurred in ones other than residential-detached and condominiums.”

Going into 2017, one important development is the new federal government-imposed changes to mortgage qualifying rules. These rules came into effect in the fourth quarter of 2016 so it is too early to tell how impactful they may be. Suffice to say, they are a real legitimate concern, and this is especially the case with first-time buyers. First-time buyers make up a key segment of the real estate market and their effect on the market and economy go well beyond their own.

Another one to watch out for is the City of Winnipeg’s impact fee on new homes built in select suburban areas of the city. These new fees come in to effect on May 1st, 2017 and are roughly $5,100 per 1,000 square feet. If building permit applications are submitted prior to May 1st, applicants will not have to pay the impact fee as long as the permit is issued within six months and construction begins prior to November 1st, 2017.

More detail on what to expect in 2017 and analysis of the record-breaking MLS® year of 2016, will be presented at WinnipegREALTORS® annual breakfast forecast on January 18th, 2016.

December MLS® unit sales totaled 617, a decrease of 4% compared to December 2015 and an 11% increase over the 10-year sales average for the month. Despite sales being down compared to last year, dollar volume in December totaling $167.9 million was up 5% over December 2015.

New MLS® listings coming on the market were down 8% in December, while the active inventory at the end of the year fell under 3,000 listings, an 11% decrease in comparison to 2015.

While December was anticlimactic given that a new all-time annual MLS® sales record was set early in the month, it was disappointing how poorly, in general, some property types performed when compared to December 2015. It was not symptomatic of what was happening consistently throughout 2016. Residential-detached was an exception as it eked out a small gain over last year.

“As I indicated at the end of November after our first month of MLS® market activity under the new mortgage rules, the tougher finance qualifications may be more of a game-changer than we initially expected, ” said Elston. “It is clearly on our radar and I know we will be monitoring it closely in 2017.”

The average days on market for residential-detached sales was 42 days, the same time on market as December 2015.

The average days on market for condo sales was 52 days, 19 days faster than December 2015.

Established in 1903, WinnipegREALTORS® is a professional association representing just over 1,850 real estate brokers, salespeople, appraisers, and financial members active in the Greater Winnipeg Area real estate market. Its REALTOR® members adhere to a strict code of ethics and share a state-of-the-art Multiple Listing Service® (MLS®) designed exclusively for REALTORS®. WinnipegREALTORS® serves its members by promoting the benefits of an organized real estate profession. REALTOR®, MLS® and Multiple Listing Service® are trademarks owned and controlled by The Canadian Real Estate Association and are used under licence. 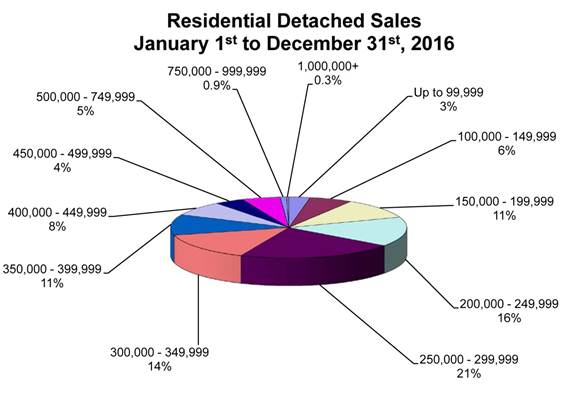 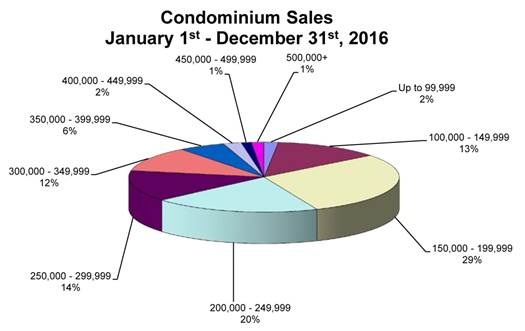 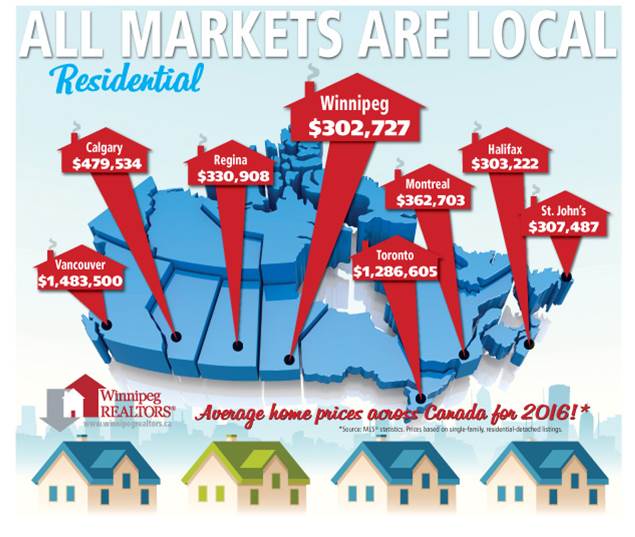