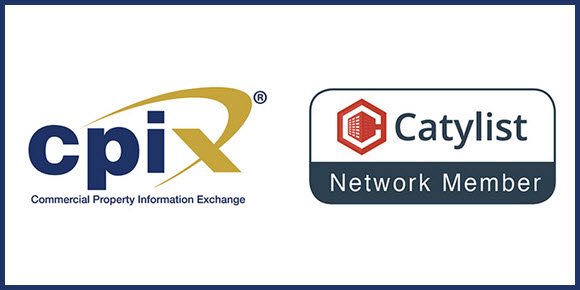 After using the same Commercial Property Information Exchange (CPIX) system for over a decade, WinnipegREALTORS® decided it was time to make a change.

Though the locally-produced CPIX system had performed admirably for better than 10 years, it was underperforming — largely because it wasn’t specifically dedicated to showcasing commercial real estate properties.

With that in mind, the management team of the association set about finding a company that could design a system that was specifically tailored to commercial real estate needs.

“We actually started talking with the management team at WinnipegREALTORS® about three years ago,” said Catylist’s vice-president of regional accounts, Shane Hayes. “As you might expect, they did a lot of due diligence in trying to find a new system designer. In the end, they came back to us.”

No surprise there, as Catylist is the premiere provider of commercial MLS® listing services in the United States and across North America.

“It’s what we specialize in,” said Hayes. “We believe in working closely with REALTOR® associations so that we can collaborate with them to create a system that’s designed to help them get deals done.”

With the new CPIX system, the goal was simple: to create a system that was user-friendly, looked good and, most importantly, efficient.

“Our systems are well-rounded products that provide a great market presence,” he explains. “With WinnipegREALTORS®, we did five to six training sessions. The team there was great. They worked closely with us, which enabled us to plug in everything they wanted, and really customize the system.”

After much back-and-forth on the system’s design, it finally went live on November 1.

So far, so good, said Crystal Hollas, the senior vice-president of WinnipegREALTORS®.

“It looks fantastic and operates so much better than the old one,” she said. “It’s working really well. It has a modern, clean look, and is very functional.”

Trevor Clay, chair of the Commercial Division of WinnipegREALTORS®, said the new system has been well-received.

“The buy-in and uptake on the system has been huge,” he said. “Everyone has jumped on board and adopted to it quickly.”

That positive reception can be attributed to several key factors.

“First and foremost, it allows us to search in very specified parameters,” Clay explained. “It also allows us to create multiple spaces underneath one property to list (for example) five different units, we can do professional-quality reports within the system, and we have the ability to post needs (i.e., buying/leasing) on the system.”

Hayes said that is all music to his ears.

“We put together the service to allow commercial Realtors to collaborate with each other as easy as possible.”

For example, commercial Realtors in Winnipeg and Vancouver can see each other’s inventory, and everything is also displayed on a national platform at Catylist.com, he added.

“All you have to do is make one entry, and your listing is listed on several websites,” Hayes said. “We can integrate services, something that we hope will showcase listings and help commercial Realtors do more deals through providing greater exposure.”

Clay said the new system, though in its infancy, is working well on every level.

“Not only does it look 100 per cent better, but it saves time. It also gives you more options, such as the number of videos and pictures you can add to a listing. Those options allow for a more in-depth idea of what a listing is about.”

“We have three times the number of listings that Vancouver has (roughly 1,200 versus 400), and we’re only a month-and-a-half into using the new system,” Clay said. “As more commercial Realtors use it and get more comfortable with it, I expect results to be even better with all the quality information and detail that it provides.”