Average monthly rent up 4% in Canada

Winnipeg among the least expensive cities for renters, report says

Following two months of decline, the average monthly rental rate in Canada increased 4% in  May, according to the June national rent report produced by Rentals.ca and Bullpen Research & Consulting.

Rents and demand for rental housing should continue to increase as the national unemployment rate is still declining and the mortgage stress test remains an obstacle for first-time home buyers.

In the Greater Toronto Area, the average rental rate increased slightly from $2,520 per month to $2,523 per month.

Quebec City has the lowest average monthly rent on the list with a one-bedroom going for $837 and a two-bedroom at $1,006.

Average rental rates in Ontario continue to outpace the other major provinces in Canada, as it costs a tenant about $600 more per month to live in a rental apartment in Ontario than in Alberta, Saskatchewan, Manitoba or Quebec. 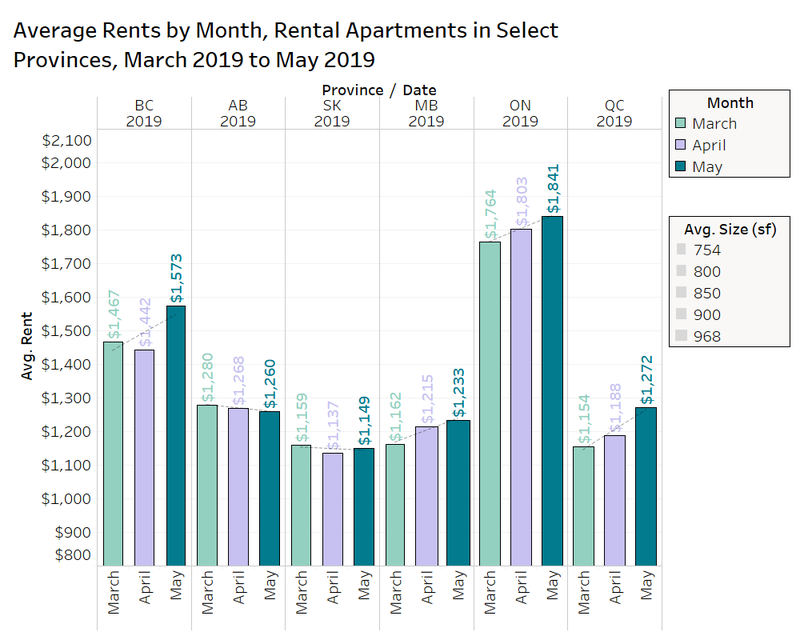 Other takeaways from the June national rent report include:

“Rental rates continue to increase in all major markets outside the prairie provinces,” said Ben Myers, president of Bullpen Research & Consulting. “Solid job growth and immigration continue to fuel housing demand, while the Office of the Superintendent of Financial Institutions remains firm on its continued support for the mortgage stress test, which has prevented many prospective homebuyers from affording an entry-level home.”

The National Rent Report charts and analyzes national, provincial and municipal monthly rental rates and market trends across all listings on Rentals.ca for Canada.

The Rentals.ca numbers show vacated properties that better reflect current values. The figures better represent the actual rents a potential tenant would encounter when seeking to rent an apartment.