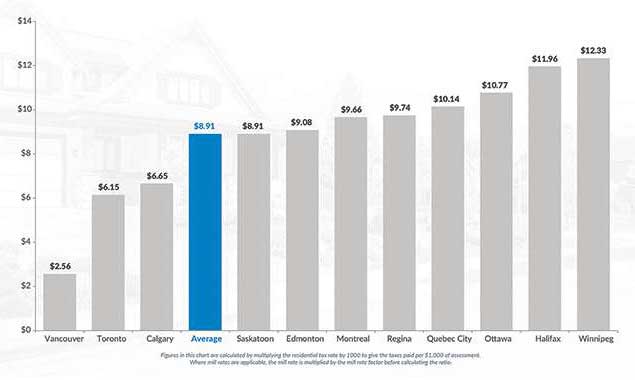 The City of Winnipeg is embarking on a new path this year with the plan to unveil and approve a multi-year budget spanning four years. It truly is a balancing act, and to this end, the October 2019 release of this budget process speaks to what must be done.

Important for property taxpayers is the following statement in the release of the City of Winnipeg’s plan to keep expenditures in check and launch their first ever 4-year balanced budget process:

“The expectation is that property tax increases will continue to be held at 2.33% annually, dedicated to road renewal and Bus Rapid Transit; City fees, charges and rates will only increase at the rate of inflation annually unless explicitly authorized by Council for specific initiatives such as upgrades to the North End Waste Water Treatment Plant.”

To understand why the above rate of property tax increases remains a commitment of Mayor Brian Bowman as per his 2018 civic election pledge, you only need to look at the most recent 2019 Canadian Property Tax Rate Benchmark Report by Altus Group. While the focus of this work has been more on commercial tax rates for 11 major cities in Canada, it also deals with residential tax rates — and this is where Winnipeg is the highest of all cities surveyed. It is important to note the study does not include Winnipeg’s frontage levy, which some would consider an additional property tax to pay every year.

While we know the Manitoba Government’s commitment to removing education taxes off of property is significant and commendable, it will happen over a 10-year period, and will not commence until the provincial deficit is eliminated in the next few years.

It is reasonable to expect most Winnipeg property taxpayers know they pay high taxes relative to other cities in Canada, and expect City Council to do everything it can to maintain tax rates at levels they can afford to pay. We need to work towards fair and competitive taxation so we can grow our tax base and be able to attract new industry and jobs to Winnipeg.

There will be lots to debate and consider as the preliminary 4-year budget is tabled on March 6. Front and center will be how to deliver core services citizens have come to expect while keeping Mayor Bowman’s property taxation increase election pledge. What services does the City deliver now that can be done differently and more cost-effectively or even not at all if it is a service the City should not be in?

Let’s take just one example of a proposal by the Standing Policy Committee on Water and Waste that is not in line with the City’s mandate to deliver core services to property owners and taxpayers. It should not be kept in the preliminary March 6 budget.

The committee is asking condominium owners — who pay the same portioning of assessed value as homeowners — to give up garbage pick-up and cover it themselves. How can the City state that one property owner gets a core service delivered while another should not? How fair is that?

As the Canadian Condominium Institute has stated, condominium owners already pay for garbage pick-up in their property taxes.

“Beyond paying property taxes like any other homeowner based on the market value of our condominium, many condo corporations maintain their own roads, curbs, sidewalks, fire hydrants, sewers and water mains and look after their snow clearing,” said Maureen Hancharyk, president of the Manitoba Chapter of the Canadian Condominium Institute.

“Condominium owners are already faced with a number of issues due to new legislative requirements, insurance rate increases and market oversupply,” said Catherine Schellenberg, president of WinnipegREALTORS®. “To now have the City of Winnipeg require them to find an alternative garbage pick-up service that will add additional cost to their monthly fees is totally unreasonable.”

Everyone, including condo owners, will have an opportunity to express their concerns about the upcoming multi-year budget at public meetings to be held in March. To see the full schedule of meetings, go here.