Condominium sales lead the way to near record October

WINNIPEG – With the exception of October 2007 when it was the only time MLS® sales for October eclipsed the 1,200 level, October 2013 is only five sales behind and set a new dollar volume record for this month going over $300 million for the first time. As a result, year-to-date dollar volume is on a record-setting pace at less than $50 million shy of reaching the $3 billion mark for the third year in a row. There are still two months to go. Year-to-date sales have come up substantially too from the beginning of the year (were down 13% after 3 months) to be within 1% of 2012’s MLS® sales activity.

Helping bring back MLS® sales to close in on last year’s brisk pace is the impressive month- to- month performance of condominium sales activity. They are up 15% over the same period in 2012 and in October shot up 42% over October 2012. While still just representing less than 16% of total MLS® sales in October as residential-detached or single family homes captured 70%, condos are by far seeing the best year-over-year property type sales increases of any property type.

Maybe it should not come as a surprise as there has been a 25% increase in condominium listings this year. Moreover, as with other major real estate markets, condominiums on average are more affordable than a stand-alone home on its own lot.

Another story to emerge in October was its record-setting dollar volume for this month of the year. It resulted in a number of high end home and condominium sales. There were seven residential properties over a millions dollars including two new condominiums under construction in South St. Vital.

“I am confident, with only two months to go to conclude 2013, WinnipegREALTORS® will have one of its best years on record in its 110-year history,” said Richard Dettman, president of WinnipegREALTORS®. “MLS® dollar volume is almost a sure bet to set a new annual record at well over $3 billion and we can conceivably still reach the 13,000 level sales mark for only the fourth time since it first happened in 2007. It all depends on how much buyers continue to take advantage of the largest and best selection of MLS® listings in many years.”

Established in 1903, WinnipegREALTORS® is a professional association representing over 1,800 real estate brokers, salespeople, appraisers, and financial members active in the Greater Winnipeg Area real estate market. Its REALTOR® members adhere to a strict code of ethics and share a state-of-the-art Multiple Listing Service® (MLS®) designed exclusively for REALTORS®. WinnipegREALTORS® serves its members by promoting the benefits of an organized real estate profession. REALTOR®, MLS® and Multiple Listing Service® are trademarks owned and controlled by The Canadian Real Estate Association and are used under licence. 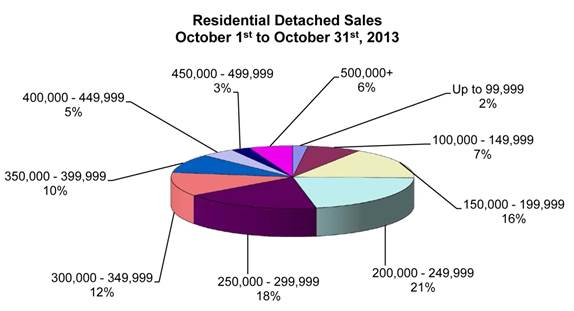