Adam Zivo: Why the Conservative housing plan really is better than the others

The national housing affordability crisis has put homeownership out of reach for many Canadians, particularly younger ones. Those locked out of ownership find themselves trapped within rental markets where rising prices have made it prohibitively expensive to simply put a roof over one’s head. For voters looking for a plan that will make housing affordable again, the Conservative party’s approach is the most credible. 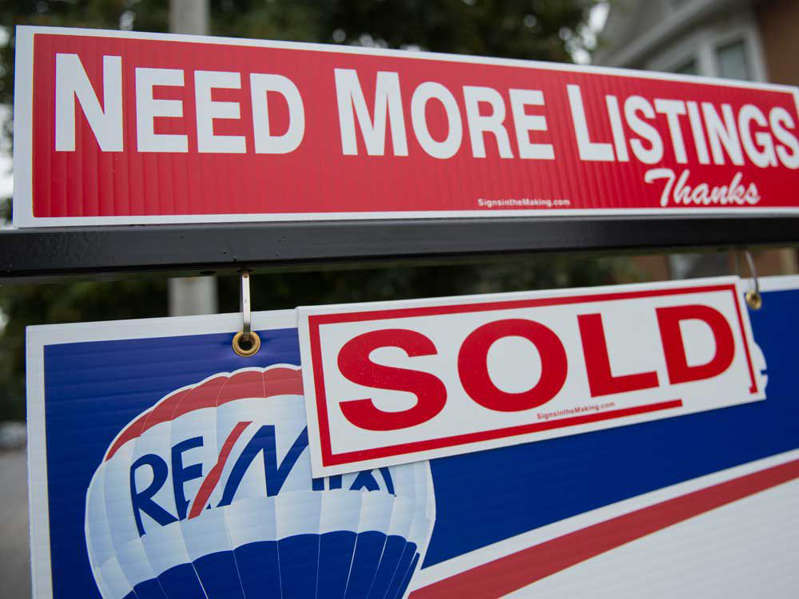 Canada’s housing woes stem from a chasmic mismatch between supply and demand. Canada has the lowest number of per-capita housing units of any G7 country and currently has no real plan to fix that. When new housing does trickle onto the market, much of it is snapped up by property speculators. With too many people bidding on too few homes, prices have only rocketed further into the stratosphere and beyond the reach of regular buyers.

To fix the market, Canada needs to drastically increase its housing supply while curbing speculation and protecting legitimate forms of housing demand.

The Conservatives have pledged to build one million homes over the next three years and, while that target is likely unrealistic, the rest of their plan is sound.

To provide immediate relief, the Conservatives have pledged to review the federal government’s formidable real estate portfolio (which amounts to over 37,000 buildings) and reallocate 15 per cent for housing. However, the Conservative strategy recognizes that a massive influx of new housing cannot be paid for through just public spending, and so it relies on redirecting capital flows so that private investors are strongly incentivized to fund new rental housing.

To spur private investment into rentals, the Conservatives would allow Canadians who make money selling rental property to defer related capital gains taxes if they reinvest their profits back into rental housing. This proposal would make it cheaper for developers and investors to build new rental housing.

By making capital gains exemptions conditional on reinvesting back into the rental market, the Conservatives would create a de facto penalty for moving capital out of that space. This would, in turn, help “lock in” any new capital so that it flows from rental project to rental project, making funding more plentiful for new developments. This would be very helpful as a lack of funding is the main obstacle for rental developments (investors don’t find them attractive for many reasons ).

Under the Conservative plan, municipalities would also be required to increase housing density near new, federally-funded public transit. This is crucial because municipal politicians often obstruct densification , fearing backlash from existing residents who oppose having new neighbours, which then delays or kills development projects that would otherwise provide new urban housing.

Finally, foreign investors who do not live in, or plan to move to, Canada would not be allowed to purchase Canadian homes for at least two years — an unprecedented move. Foreigners would instead be encouraged to invest into affordable, purpose-built rentals. This change would still grant them access to Canadian markets, but in a way where they would not compete with Canadian buyers looking to purchase individual homes.

By tapping into private capital, while minimizing the harms of municipal obstructionism and foreign buyers, the Conservative plan would be a cost-effective solution to a crippling national crisis.

In contrast, the NDP plan is far more reliant on public subsidization with a narrow focus on helping the worst off. That means prioritizing social and community housing, along with other affordable units which, owing to federal subsidies, could be rented or purchased below market rates.

However, aside from a 20 per cent foreign buyers tax, the NDP plan neglects the underlying market distortions that make housing unaffordable in the first place. By failing to tackle the root causes of price growth, the NDP would forsake the vast majority of Canadian buyers who cannot hope to access subsidized housing. Their strategy is also inefficient — it is generally better to fix market-wide problems than to throw huge sums of money at carving out a tiny niche of affordability.

Meanwhile, the Liberals have been scrambling to distract from their record of failure on housing — under their watch, the price of an average home has almost doubled from $433,800 to $734,500 .

The Liberal platform aims to outdo both the Conservatives and NDP by “building, preserving or repairing” 1.4 million homes. However, as recently reported in Macleans , their wording is deceptive — at best, the Liberal plan would provide a paltry 150,000 new homes to the market over five years (the rest would be “repaired” or “preserved”).

The Liberals have promised billions of dollars in new housing investments, but it’s unclear whether they would actually follow through if elected. Earlier this month the Parliamentary Budget Officer criticized the Liberals’ 2017 National Housing Strategy for having a “limited” impact, noting that the Liberals failed to actually spend much of the budget they had allocated to priorities such as rental construction.

Lacking ideas, the Liberals copied the Conservatives’ proposal to ban foreign buyers for at least two years — a gleaming compliment for O’Toole, as imitation is the sincerest form of flattery.

However, it would have been nice if they had also copied the Conservatives’ commitments to reducing bureaucratic barriers to new housing supply – the Liberals, true to character, have promised funding for more bureaucrats rather than deregulation . Boosting demand for a scarce resource without also greatly boosting supply (as would likely happen under the Liberal plan) ultimately just fuels price growth.

The Liberals lack good ideas that can distance them from their history of failure. The NDP has committed to inefficient spending that benefits only the worst off, without addressing the underlying market distortions that make housing unaffordable. In contrast, the Conservative plan sketches out a credible, though imperfect, plan for fixing the overall housing market so that it works for everyone.