June ushers in another stand out month of sales activity 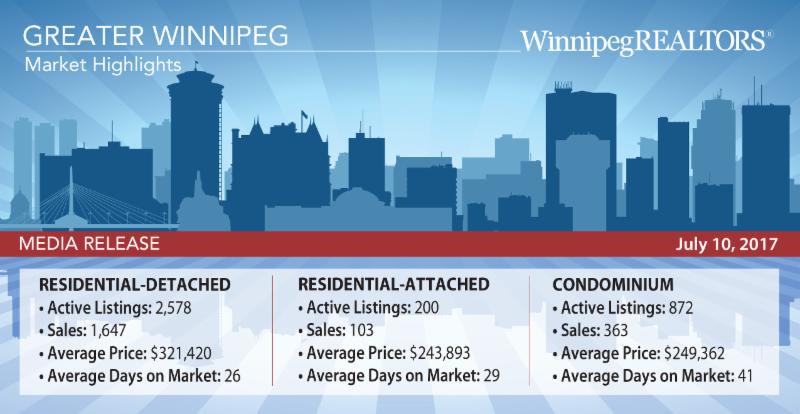 WINNIPEG – An exceptional month of June sales activity puts WinnipegREALTORS® commensurate to last year’s record-setting pace for the first half of the year. 2017 marks only the second time that sales have surpassed 7,000 by the end of June; 2016 being the first instance. For the first time, dollar volume has gone over $2 billion at the half-way mark of the year.

June sales of 1,636 were two sales behind last year’s highest activity on record for the month, while dollar volume of $488 million increased 3% over the same month last year. Year-to-date sales of 7,070 were 14 sales off from last year. Second quarter sales activity was 7 sales down from 2016, the busiest second quarter in WinnipegREALTORS® history.

Despite June sales being strong, the two leading property types of residential-detached and condominiums experienced decreases in comparison to June 2016. Residential-detached sales declined by 1%, while condos fell 7%. Compensating for these reductions were single-attached and townhouse property types as both experienced double-digit sales increases, with townhouses rising 57%.

“June is a good reminder of Winnipeg’s affordable housing in comparison to many other more expensive housing markets across the country,” said Blair Sonnichsen, President of WinnipegREALTORS®.  “In our local market which has tightened up more due to brisk sales over the past two months, buyers are finding alternative property types or less expensive neighbourhoods in or outside the city.”

Supply of residential-detached listings is stronger in rural municipalities outside the city. Condominiums throughout the Greater Winnipeg market area are not seeing demand outstrip supply. Other property types such as vacant land and resort properties are also well stocked in relation to those selling every month.

“Not all local markets are the same applies within a local market too,” said Sonnichsen. “There can be considerable differences within a local market depending on the property type, location and availability of listings to buy. REALTORS® really show their expertise and knowledge when they point out to a buyer what options they have. Broadening their search can be a real eye opener.”

Looking at average residential-detached prices for the first six months, in comparison to the same period last year, for the six MLS® area zones, shows some overall price appreciation with the southwest eclipsing $400,000 this year. There have been notable increases in a few southwest neighbourhoods, with Tuxedo going from $711,000 in 2016 to $855,000 this year and Westdale reaching $400,000, a $69,000 increase from 2016.

The north zone was the only area to see a modest decline in average sales price compared to last year.

The rural MLS® zone had identical sales to last year at 1,330 and represents the largest share of residential–detached sales at nearly 26%. Southwest is second highest with 970 sales, which equates to 19%.

The percentage of total sales price to dollar value achieved for all listings sold in the first half of 2017 is under 99%, which is up half a percentage point from last year. This metric indicates on average homes are selling for 99% of their list price, marking it close to equilibrium.

While total residential-detached sales for the first six months are down modestly from last year, the main distinguishing difference from 2016 is the increase in sales over $300,000. These have increased 7% and average days to sell a home improved from 30 days to 26 days. Increased sales in the upper price ranges translate directly to a higher average residential-detached selling price of $321,421. This compares to an average selling price of $306,311 in 2016.

“You really need to be talking to REALTORS® who are professional and informed,” said Marina James, CEO of WinnipegREALTORS®. “They make it their business to know the market and stay current on the changes such as new regulations and technology.” 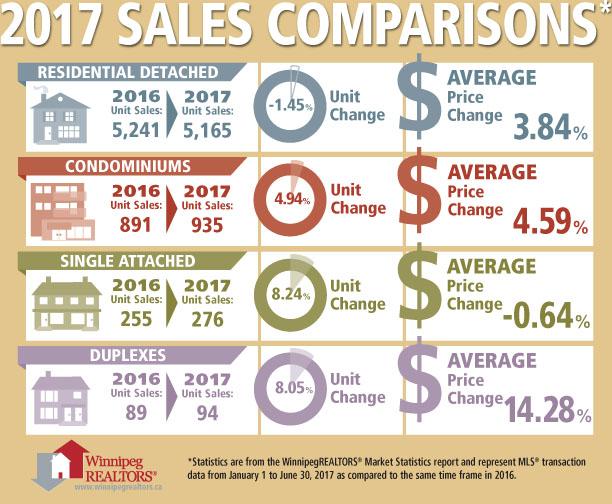 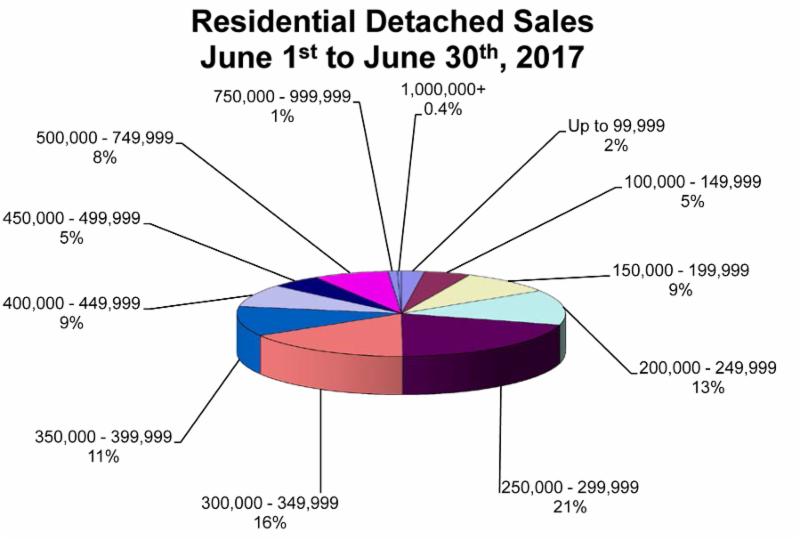 Established in 1903, WinnipegREALTORS® is a professional association representing just over 1,900 real estate brokers, salespeople, appraisers, and financial members active in the Greater Winnipeg Area real estate market.  Its REALTOR® members adhere to a strict code of ethics and share a state-of-the-art Multiple Listing Service® (MLS®) designed exclusively for REALTORS®. WinnipegREALTORS® serves its members by promoting the benefits of an organized real estate profession.