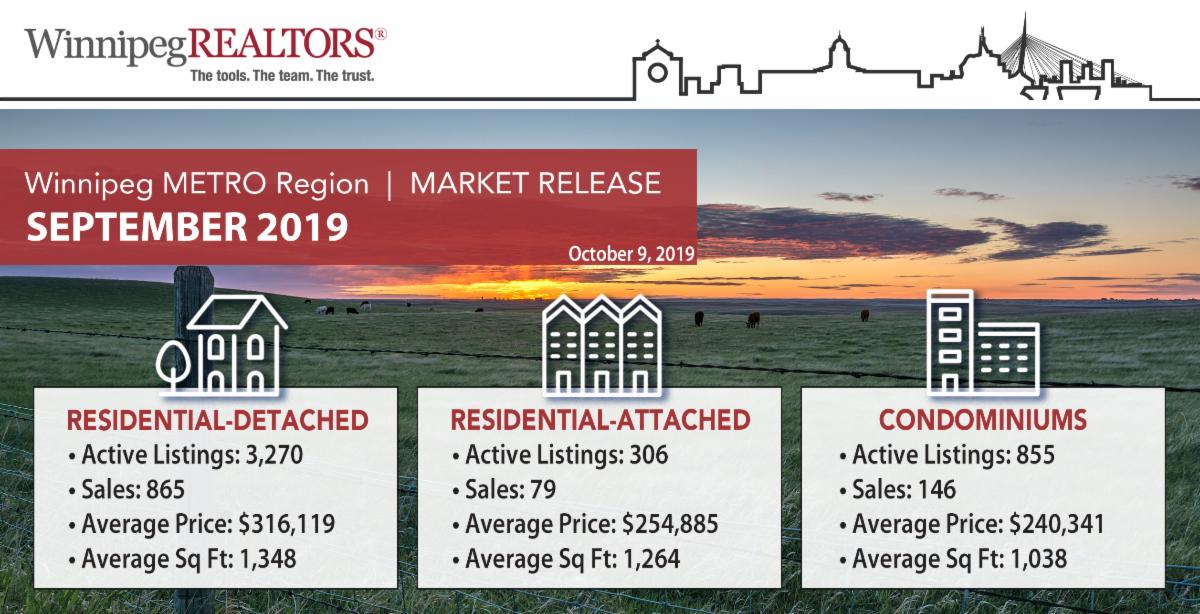 WINNIPEG – WinnipegREALTORS® experienced its strongest third quarter of market activity on record with close to 4,100 MLS® sales worth 1.19 billion dollars. Each of the three months had their highest dollar volume totals ever for their respective months. A new sales record was also set for the month of August while July and September were right at the top.

As a result of this marked improvement in third quarter market activity over 2018, year-to-date sales are up 6% with 10,913 sales while dollar volume of $3.25 billion has increased 7% over the first nine months in 2018. This now places 2019 within less than 1% of the best years on record in 2016 and 2017 with respect to sales and the highest dollar volume of any previous year with three months to go.

It is worth noting that single-attached and duplex properties are showing double-digit sales percentage increases over last year as are up 17% and 27% respectively after nine months. 53 single-attached properties sold in September, a 43% increase over September 2018.

Another development more pronounced in the third quarter this year is the double-digit percentage increase in new listings each month over the same month in 2018.

In September, new listings coming on the market rose 10% to 2,365. So despite the impressive sales this month inventory remaining for sale going into October is over 6,000 listings as was the case at the end of August. This means that one out of five listings sold in September.

“Good economic fundamentals, growth in our membership and market region well beyond Winnipeg, a healthy listing supply and favourable mortgage rates despite tougher qualifications rules, is behind the impressive market activity we have had this third quarter,” said Ken Clark, president of WinnipegREALTORS®. “However, it is important to keep in mind and be attentive to just how competitive the current market is with so many listings for buyers to choose from.”

Affordability remains a defining feature of the local market with more than one in two single family homes and 76% of condos selling in September for under $300,000. In a recent survey reported in The Canadian Press on affordability of Canadian cities by Forum Research, its President Lorne Bozinoff said, “ When it comes to mortgages Winnipeggers are paying amongst the lowest proportion of their income every month.”

“When there are as many listings as we currently have on the market that means there are also many sellers looking to buy another property within our local market,” said Clark. “This bodes well for continued strong sales activity into the fourth quarter.”

“All real estate markets are local and then some in terms of differences within their market region,” said WinnipegREALTORS® CEO Marina R. James. “You need to hire a REALTOR® who has the knowledge and expertise to educate you on how you can best navigate your specific real estate need.” 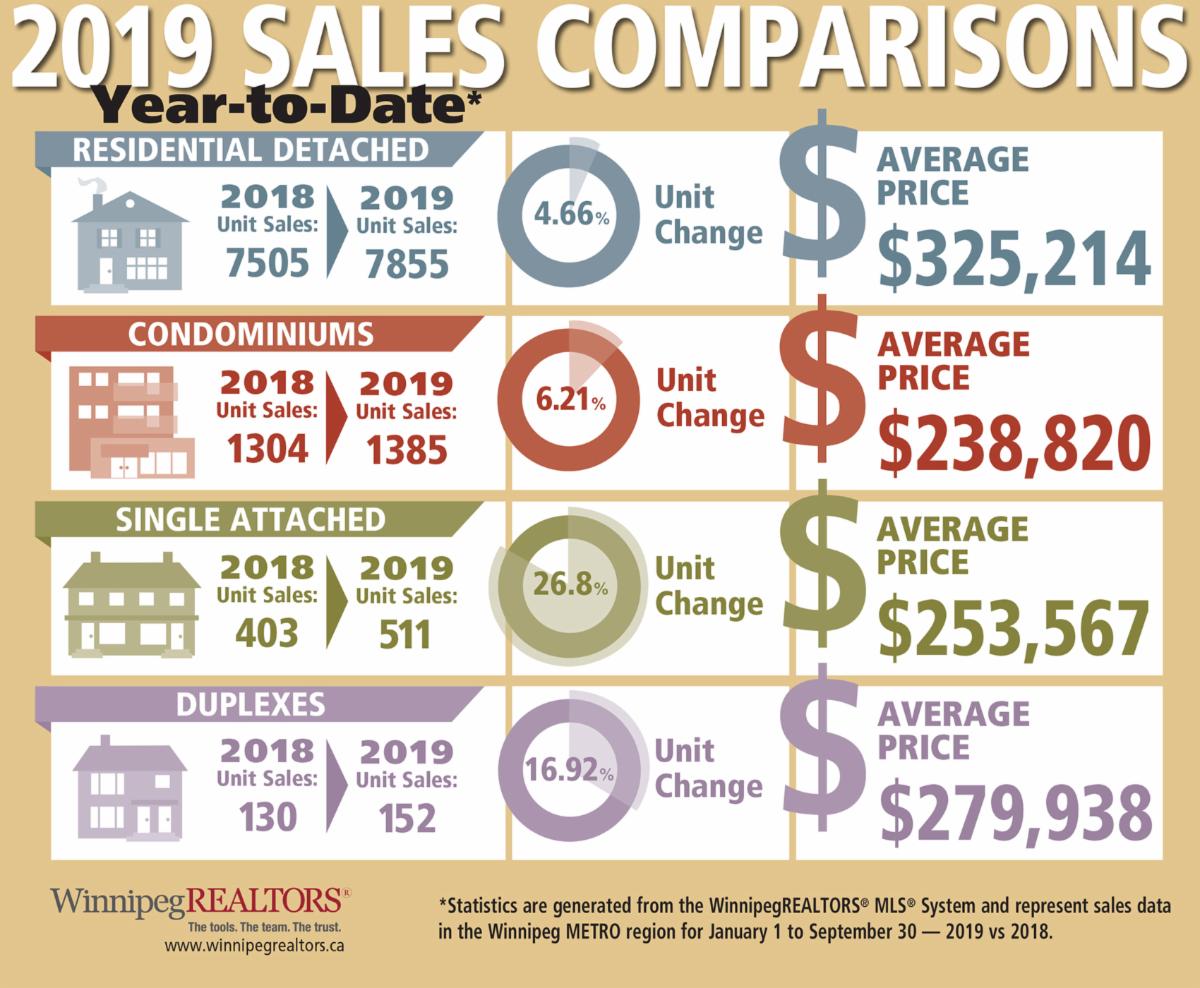 Since 1903, WinnipegREALTORS® has assisted its members in achieving high levels of excellence in organized real estate by providing superior tools and services that enhance and build a vibrant real estate industry. Representing just under 2,100 REALTORS® and other industry related professions active in the Winnipeg metropolitan area, WinnipegREALTORS® promotes the value of a REALTOR® and organized real estate. WinnipegREALTORS® provides its members with essential market information, professional development sessions, networking opportunities, marketing products, an effective industry voice and strong leadership to further their professional success.