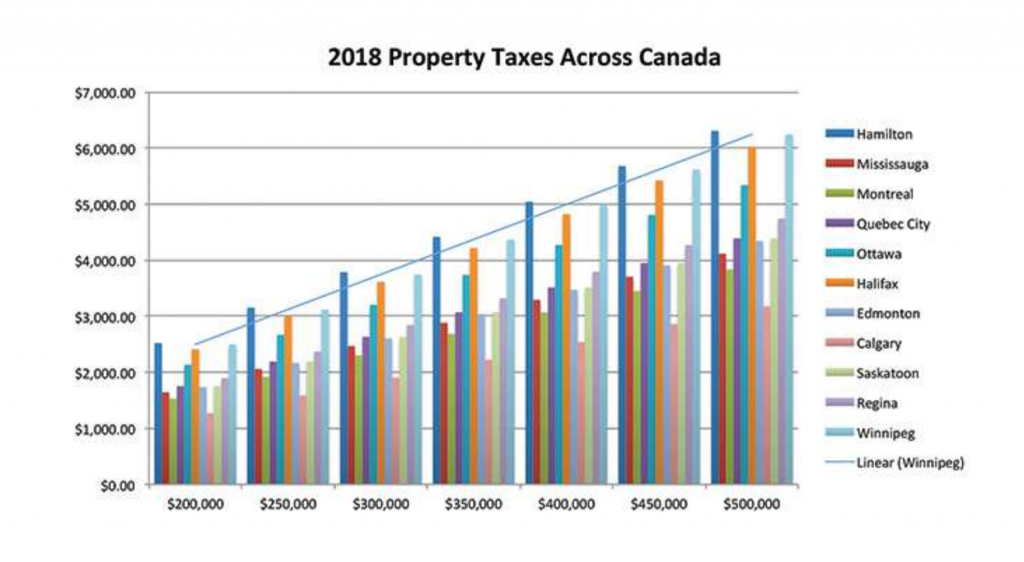 The temperature is rising, and so are our expenses, as by now you’ve probably received the City of Winnipeg’s annual property tax bill in your mailbox.

Councillor Matt Allard, chair of Winnipeg’s infrastructure renewal and public works committee, recently commented in the Winnipeg Free Press with reference to the significant and rather daunting challenge facing the city in funding major infrastructure projects, such as the replacement of the Arlington Bridge, Route 90 widening and the Chief Peguis Trail extension west, to name just a few.

What was heartening from a property taxpayers’ point of view was Allard’s recognition that property tax hikes are not the way to go, as they will clearly put a number of property owners in a very precarious position. He said that for many people to support the kind of property tax increases required to pay for financing these types of infrastructure projects over the next 10 years, it “would mean the difference between buying groceries and paying their mortgage.” It is clear to him, at least, that it’s necessary to prioritize what the City can reasonably afford to do while pursuing other options to fund infrastructure, including funding support from other levels of government.

The same week Allard spoke about funding infrastructure, former City Councillor Mike Pagtakhan presented at the standing committee on infrastructure renewal and public works, and spoke to the importance of replacing the Arlington Bridge. What was interesting was Pagtakhan’s statement that Winnipeg has gone from being one of the highest property tax cities in Canada to the lowest. Quite a statement!